The Hotel Walliserhof has offered guests from all over the world a second home since 1896. Our hotel is located in the heart of Zermatt, right on Bahnhofstrasse.

We look forward to your visit!

yes, we have a cooperation with Fitness Viking Zer

Each of our 23 rooms has a bathroom, balcony, TV and free WiFi. Our breakfast buffet with many homemade and local products is included in the room price. 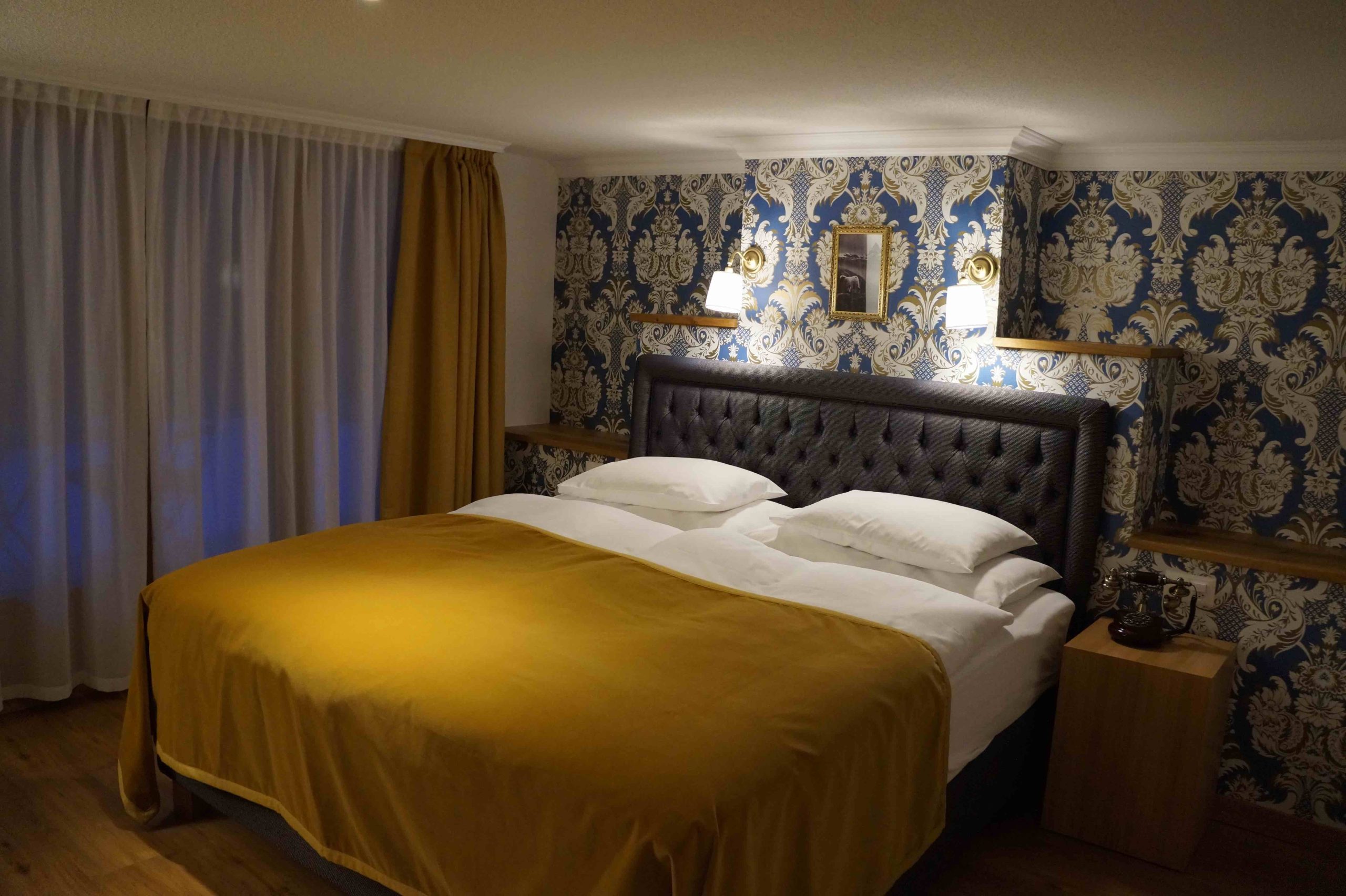 The Tradition Double Rooms are cozy double rooms, which can also be offered for three guests on request. 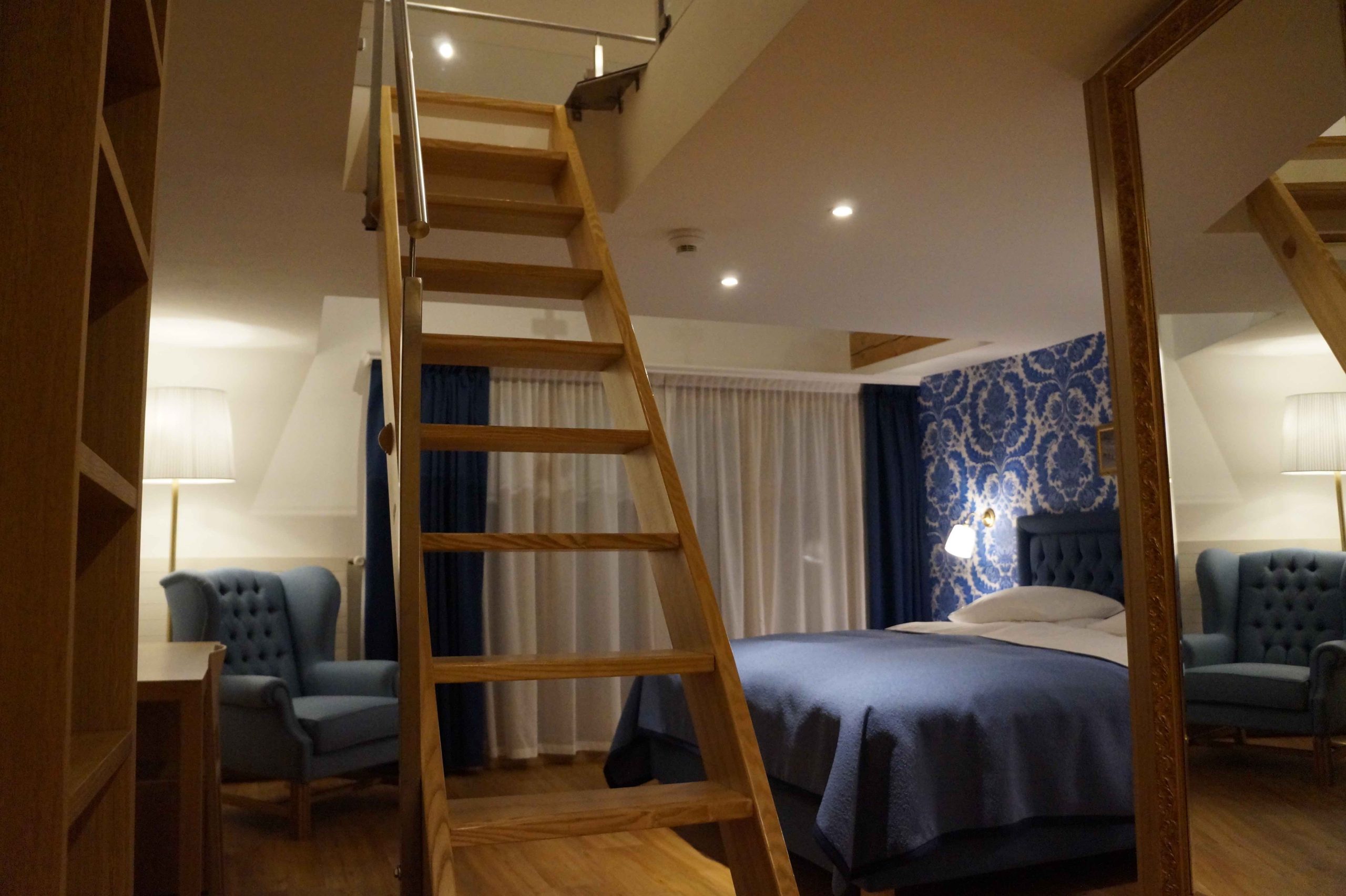 Our Family Loft has two floors and is ideal for families with one or two children. 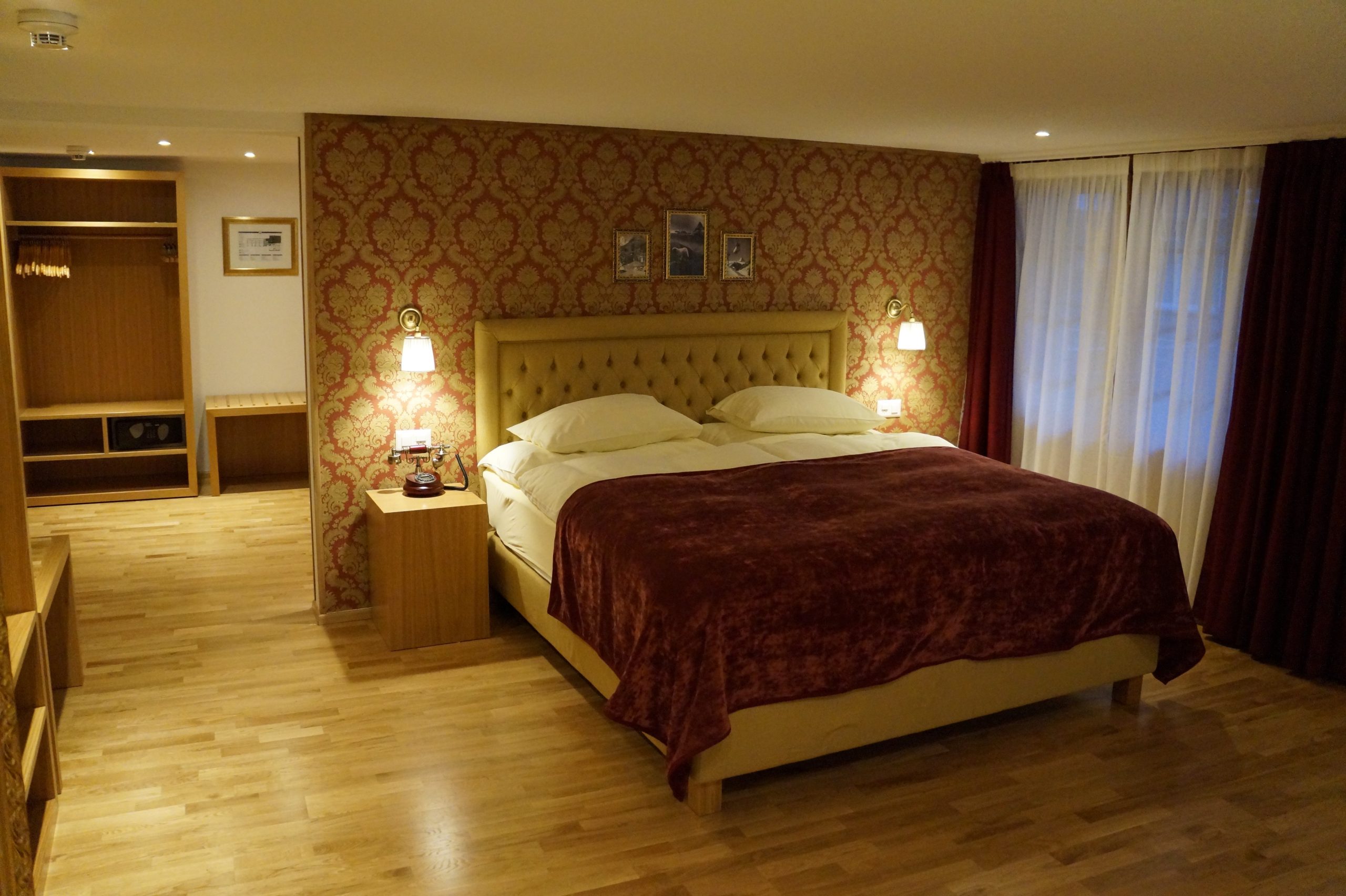 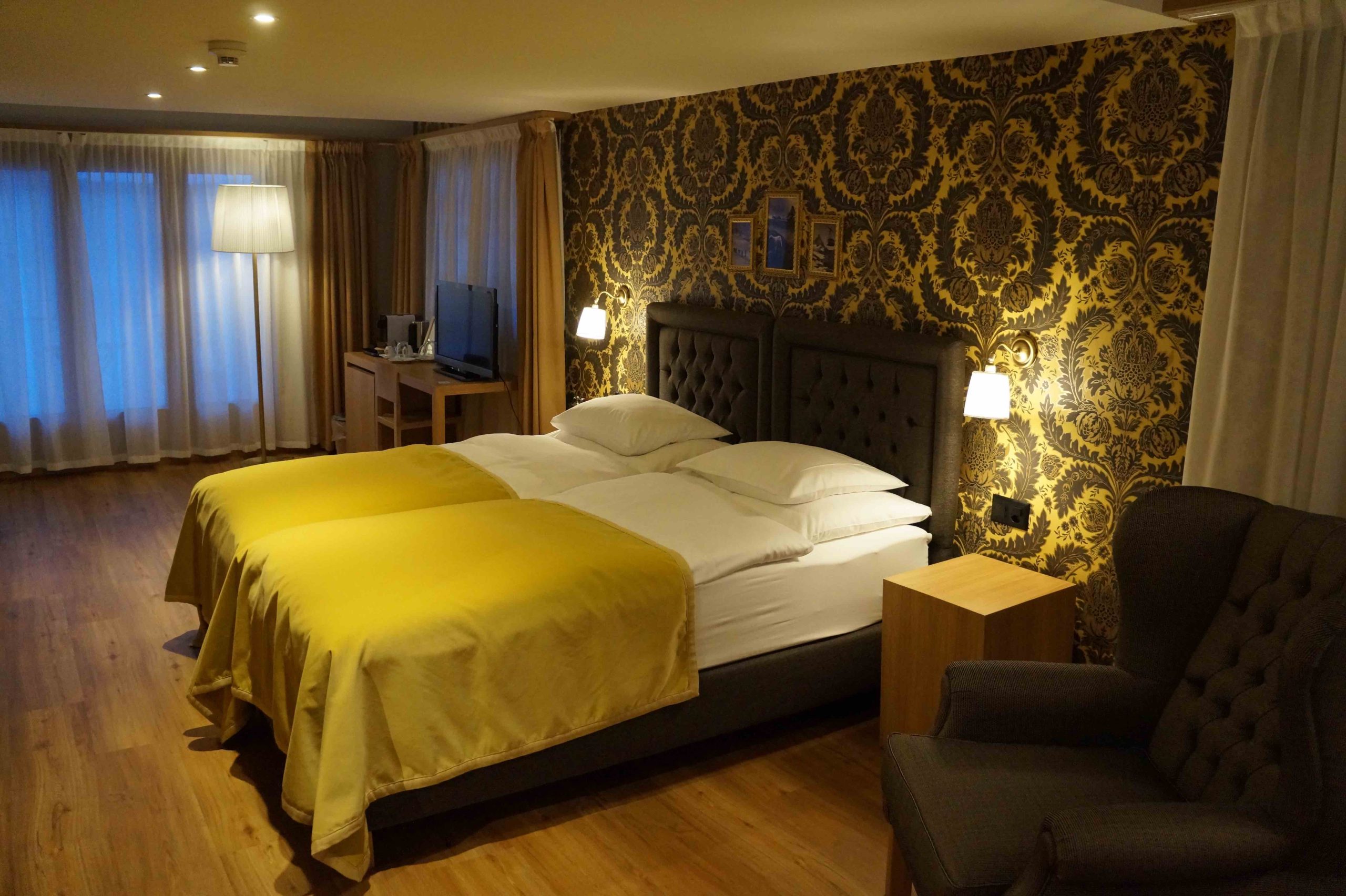 The Romantic Sky Suite has two floors and views of the Matterhorn. The freestanding bathtub on the upper floor offers a view of the starry sky. Perfect for romantic moments. 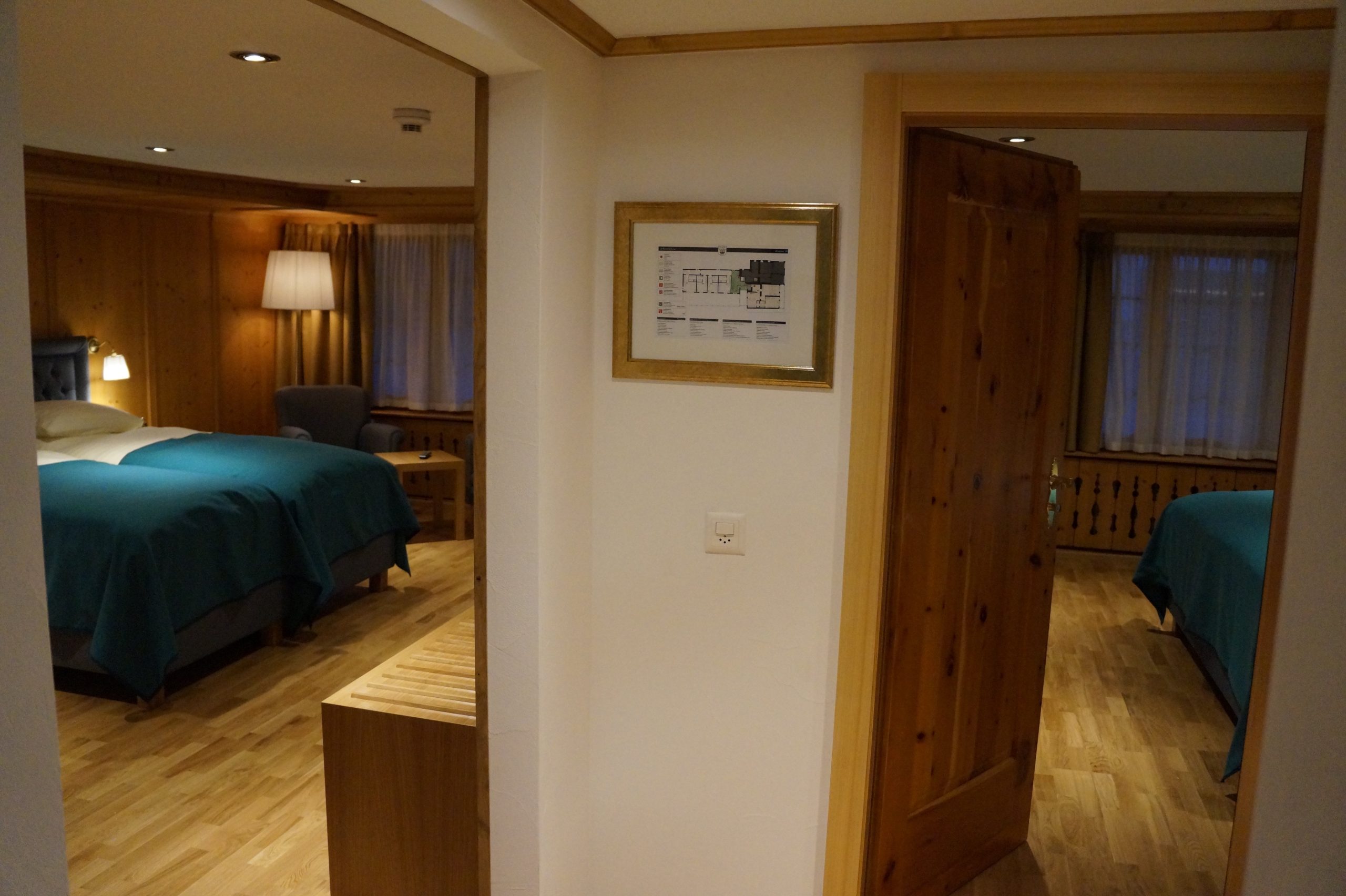 The Village Suite is perfect for an unforgettable holiday in the heart of Zermatt. It has three connecting rooms with a shared bathroom. Bookable for four to six guests.

In the heart of Zermatt

Vrony Apartments are located in the heart of Zermatt, a few steps from the Gornergratbahn and the Sunneggabahn.

The 150 m2 apartments are equipped with a modern kitchen, three bedrooms, a guest toilet, two bathrooms and several large balconies. The apartments are located in Haus Bor. The ski room is in the basement of the house. Breakfast is served for you in the Hotel Walliserhof Zermatt and is included in the apartment price. The use of the mini spa in the Hotel Walliserhof Zermatt or a workout in the Fitness Viking Zermatt is free of charge. For more information please contact us. 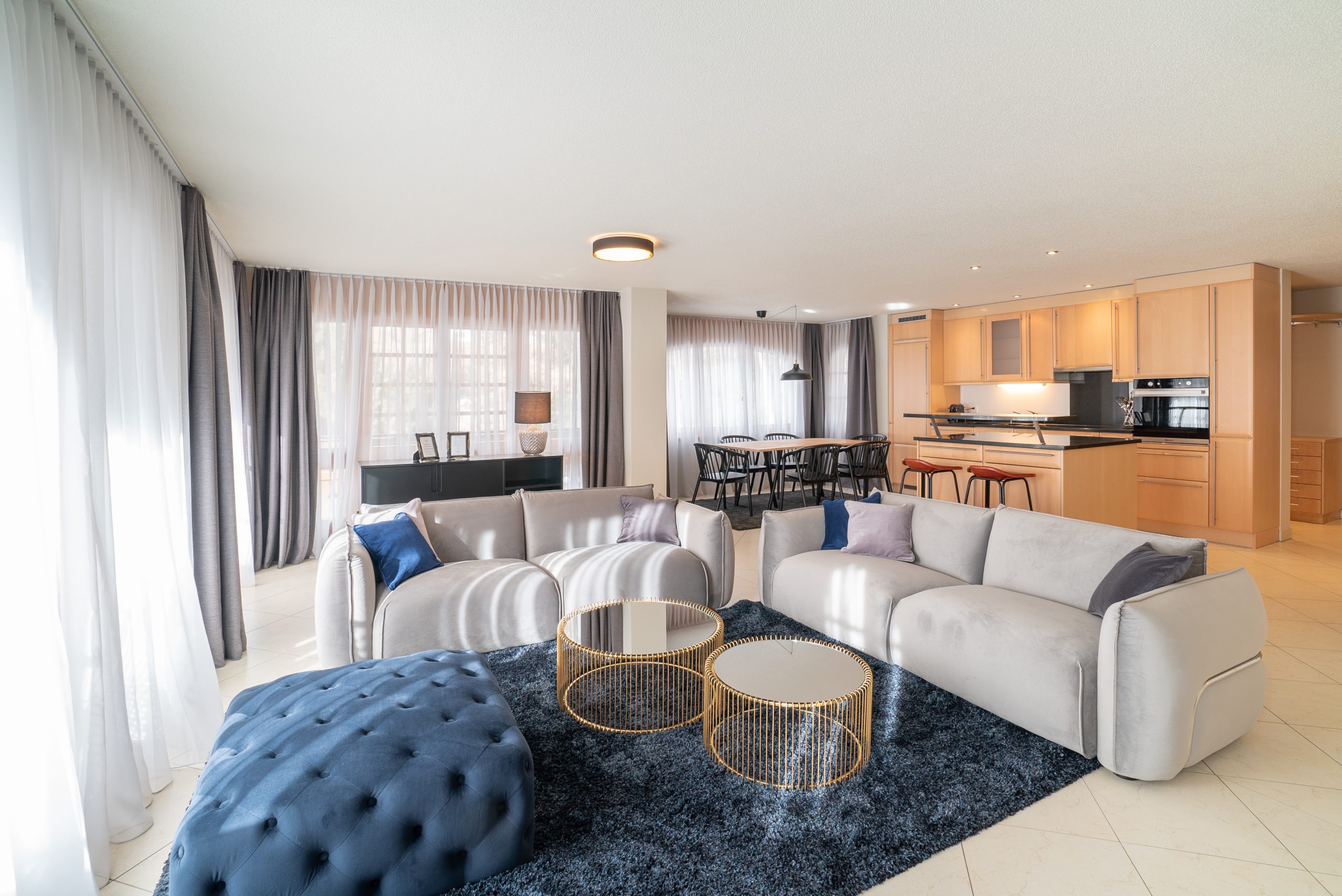 The “Modern” apartment is located on the second floor with a view of the mountains and the garden and is furnished in an urban style. 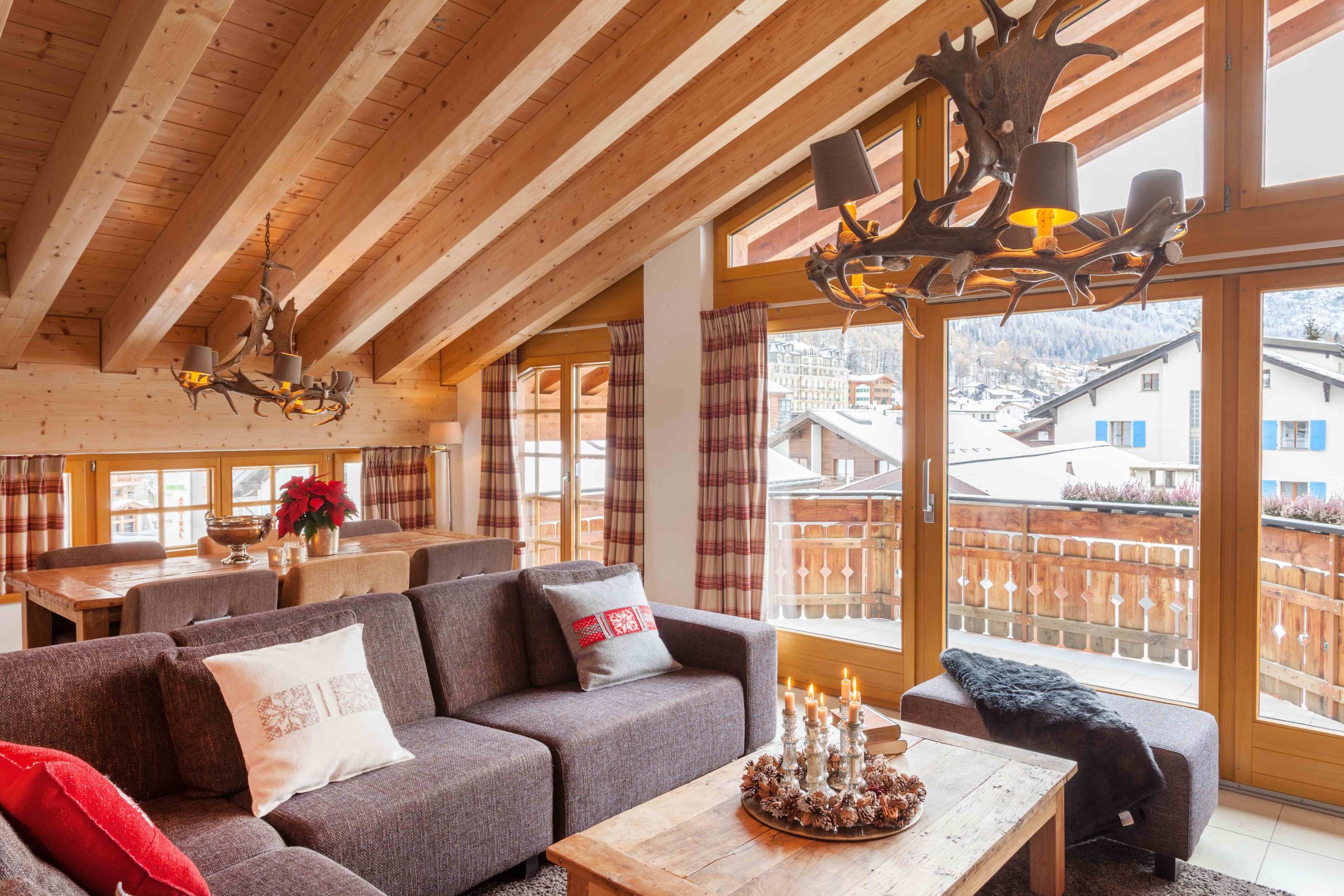 The Apartment “Cosy” is located on the top floor with a view of the Matterhorn and the surrounding mountains and is furnished in Chalet style.

Enjoy a traditional cheese fondue or a raclette with Valais cheeses. For meat lovers, a Hotstone or a Fondue Chinoise offers a pleasurable height. Our wines come exclusively from Valais winegrowers and producers.

A visit to our Mini Spa is the perfect way to unwind after a long day in the mountains. The Mini Spa is exclusively available to our hotel guests and is equipped with a sauna, steam bath, massage shower and two whirlpools.

At our partner Fitness Viking Zermatt, our hotel guests can train on their own free of charge. Participation in a group course costs CHF 25/course.

Directly across the street from the Hotel Walliserhof is the possibility to rent equipment.

Our hotel is centrally located in the middle of the Bahnhofstrasse with the perfect starting point.

To store your equipment.

The hotel is located just 250 meters from the train station – a walk of 3 minutes.

Exclusively for our guests.

Train for free with our partner Fitness Viking Zermatt.

The Hotel Walliserhof is one of the oldest hotels in Zermatt.

Talk to the Host

The history of the Hotel Walliserhof

· In 1896, the Welschen brothers built a typical Valais house on Bahnhofstrasse in Zermatt. This was rented by Hermann Perren and his wife and operated under the name “Touristenhotel Perren” until 1938.
· In the spring of 1938, the then 30-year-old Theo Welschen and his wife Klara took over the house and changed the name to “Hotel Walliserhof”. At that time the hotel had 20 beds, a dining room and a dancing room.
· But hard times soon followed. The Second World War and a fire in 1942 hit the Welschen couple hard. After the end of the war things got better again and with a lot of energy and hard work three floors were added to the front part of the house in 1949. Now there was 30 beds.
· In the spring of 1955 another extension was added, which was completed by Christmas 1956. Now 60 beds and each room with its own bathroom could be offered.
· In 1996 the second generation of the Welschen family took over the hotel.
· Between 1996 and 2006, all rooms and suites were refurbished and renovated, and major rebuilding were made in the reception area, dining room and restaurant. In this context, the mini spa was also created.
· The Hotel Walliserhof has been in the third generation of the family since 2015.
· In 2016 the hotel was completely rebuilt, renovated and restructured. During the rebuilding work, great importance was attached to the existing materials and the rustic style. The hotel and the new restaurant “Theodors Stuba” appear in typical Valais charm and the century-old character of the house has been preserved.
· In 2016, 2018 and 2020 the 4th generation of the family was born with the smallest family members Freja, Loke & Vidar.
· Since 2018 we can also welcome you to the Vrony Apartments.
· In 2019, the last 16 rooms were completely renovated.
We warmly welcome you to our small family-run hotel and wish our guests a great and unforgettable stay in the Swiss Alps.

Send us a message or give us a call.